We fight for your rights! Defenses 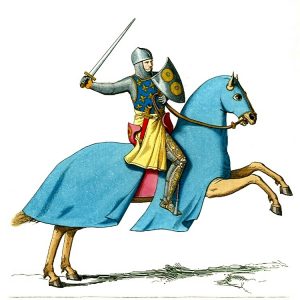 When an Immigration Judge has found that an alien is illegally present in the United States, it does not necessarily mean that the person must be deported. The Immigration Laws provides many defenses to prevent Removal (deportation). The most commonly used are (1) waivers of excludability and deportability; (2) cancellation of removal for permanent residents; (3) cancellation of removal for non-permanent residents; (4) suspension of deportation; (5) adjustment of status to permanent residence; (5) asylum and withholding of deportation; (6) legalization and registry and, (7) voluntary departure.

The immigration law lists various grounds by which a person in the middle of a deportation proceeding may apply for a Waiver. All the waivers available require that the aliens establish hardship to himself or to his close family members if he were to be removed from the U.S. For example a person who is being deported for certain criminal grounds may be eligible for a waiver under §212(h) if the failure to admit him to the U.S. would result in “extreme hardship” to his LPR or USC spouse, parent(s), son(s) or daughter(s)., Similarly a person who has committed fraud or a material misrepresentation may apply for a waiver under §212(i) if his deportation from the U.S. would result in “extreme hardship” to his lawful permanent resident (LPR) or U.S. citizen (USC) spouse or parents.

Cancellation of Removal for Permanent Residents

A grant of an Application for Cancellation Removal has the effect of “pardoning” or “forgiving” the basis for the alien’s deportability and returning his status to that of a lawful permanent resident. Only certain grounds of deportability may be waived by a grant of Cancellation of Removal. Moreover, under new immigration laws, an alien is only eligible for one (1) grant of such relief in a lifetime. A denial of an Application for Cancellation of Removal results in an administrative order returning the alien to his country of designation (citizenship, nationality, or last residence) through a forcible order effectuating his removal or deportation from the United States .

This section of the law allows the Attorney General (usually an Immigration Judge or the Board of Immigration Appeals) to cancel the removal of a lawful permanent resident from the U.S. if:

Positive factors include: (1) Close family ties within the U.S.; (2) Long time residency in the U.S.; (3) deep roots in the community (4) ill child (5) Hardship to person and immediate family; (6) Service in U.S. Armed Forces; (7) Employment history; (8) Ownership of property and business; (9) Service to the community; (9) payment of taxes (8) Rehabilitation (if criminal record exists).

Negative factors include: (1) failure to pay taxes (misrepresentation to the court (3) the nature and circumstances of the removal grounds; (4) Criminal record; and (4) other evidence of bad character.

Cancellation of Removal for Non-Permanent Residents

Many people know this as the “10-year law.” It allows the Attorney General (usually an Immigration Judge or the Board of Immigration Appeals) to cancel the removal of a non-permanent resident from the U.S. if:

He has been physically present in the U.S. for a continuous period of ten years prior to the institution of removal proceedings. (This requirement is not applicable to persons who have served a minimum of 24 months in the U.S. Armed Forces, was present in the U.S. during his enlistment or induction, and is either serving honorably or has received an honorable discharge.) “Continuous” means that the person cannot be out of the U.S. for more than 90 days at a time, or 180 days in the aggregate, during the ten-year period (s(he) has been a person of good moral character for ten years;

He established exceptional and extremely unusual hardship to a qualifying U.S. citizen or lawful permanent resident spouse, parent or child. (Note: not hardship to the applicant).

Cancellation of Removal for Battered Spouse

A battered spouse must first be put into deportation (or “removal” under the new law) proceedings. She must demonstrate three years of continuous physical presence in the United States, instead of ten years as applicable to other individuals. Time toward the three-year period would accrue even after she received the notice to appear for the removal hearing. This is different than the one that applies to other individuals where physical presence in the United States terminates upon service of notice or commission of a criminal act.

The applicant for cancellation must demonstrate good moral character and must not be inadmissible under:

However, persons who were placed in deportation proceedings prior to April 1, 1997, as well as NACARA applicants may still be eligible for suspension of deportation. The “seven-year law” is more generous than Cancellation of Removal.

A deportable alien may apply for permanent residence through suspension of deportation if he is able to fulfill the following 3 conditions:

A deportable alien who is the parent, spouse, widow or child of a U.S. citizen may be eligible to apply to the Judge to adjust his status to that of a lawful permanent resident (Green Card). Also qualified to apply for adjustment of status are many aliens whose priority dates for permanent residence are “current”. Aliens who obtained conditional permanent residence based upon their marriage, or the marriage of their alien parent, to a U.S. citizen who were unable to have their status adjusted from Conditional (temporary) resident to Permanent Resident may, once INS places them under deportation proceedings, have their application renewed before an Immigration Judge.

Asylum and Withholding of Deportation

Those who have a well-founded fear of persecution if they return to their home country may apply for asylum if their fear is based on any of the following grounds:

If a person is granted asylum, after one year they may apply for permanent resident status.

Withholding of deportation is similar to an asylum. However, it differs in 2 important respects: (1) It does not permit the alien to apply for permanent residence, and (2) it only prohibits the INS from deporting the alien to one particular country.

Once an illegal alien has been found qualified for legalization or “amnesty” by the INS, the deportation hearing will typically be closed since the alien will have attained the legal right to remain in the United States. Those who have filed for LULAC or Meese (Late Amnesty) may have their cases terminated.

Registry is another means of attaining lawful permanent residence in the United States. It is available to aliens who have resided continuously in the U.S. since prior to January 1, 1972, who are persons of good moral character, who are not deportable on certain aggravated grounds, and who are not ineligible to citizenship. This is very similar to Amnesty and still is available to this day.

Anyone that has fulfilled the requirements for naturalization may request that the case is either terminated or held in abeyance pending the results of the citizenship application.

In most case, if there is no special relief available that would stop the deportation, the alien may apply for Voluntary Departure. Once it is granted the alien will have 4 months to leave the United States. During this time they can get their life in order and prepare for their departure. Voluntary Departure avoids both the problems associated with a deportation and enable to enable the alien, in many cases, to eventually return to the U.S.

Understand that every application for relief from deportation is decided at the discretion of the Immigration Judge, except for Withholding of Deportation. A final order of an Immigration Judge may be appealed to the Board of Immigration Appeals, and in some cases to the appropriate U.S. Court of Appeals.