Uncategorized Look at what’s happening with the Dream Act? 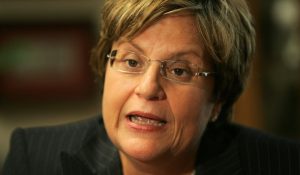 Fighting for the Dream Act

A moderate House Republican on Thursday called for a vote on legislation on the well-known DREAM Act.  This bill intends to grant work permits and a path to citizenship for young immigrants brought to the U.S. illegally as children.

Rep. Ileana Ros-Lehtinen (R-Fla.) made it clear in a House floor speech, that there are only 21 more legislative days remaining before Congress is scheduled to recess for the year.

“Let’s do what’s right for these young immigrants because they are already Americans in their hearts and minds. Let’s bring the DREAM Act for a vote so that these young professionals can make their American dream a reality. The clock is ticking,” Ros-Lehtinen said.

Moses Apsan, Esq. emigrated from Brazil in 1955. He is a past President of the Federal Bar Association, New Jersey Chapter (1997-2002), and was Coordinator of the Annual Immigration Seminar, and a member of The American Immigration Lawyers Association. He graduated New York Law School with a Juris Doctor, Cum Laude degree and was an editor and writer for the Law Review. He graduated from Long Island University in 1970 with a degee in Business Management. He is a 1966 graduate of The Bronx High School of Science. He writes for jornal.us and The Brasilian. He hosts a weekly Law Television Show, (você e a lei - You and the Law) every Tuesdays at 8:45 p.m. on SIC International Television in Newark (Portuguese). He writes and publishes web sites on legal matters. His videos on immigration laws are widely viewed on youtube.com, vejatv.com and Google videos.